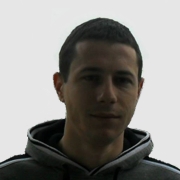 The universe should be regarded as a liquid ‘superfluid’, claim scientists seeking to discover the fundamental nature of space.

Quantum mechanics is currently able to explain three of the four fundamental forces in the universe – electromagnetism, strong interaction and weak interaction – but does not explain gravity.

According to the latest theory, spacetime could be treated as a fluid.

This model could allow scientists to work out how some forces move through space. Waves, for example, use water as a medium through which to move. On the conventional model, space is considered to be a vacuum. How then, scientists ask, do electromagnetic waves, photons, and other entities move through space if there is, by definition, nothing?

According to researchers Stefano Liberati, a professor at the International School for Advanced Studies (SISSA) and Luca Maccione, a research scientist at the Ludwig-Maximilian University in Munich, the medium they move through, or the universe, could be considered a ‘superfluid’.

They say that to us spacetime appears as a ‘classical object’, or one that is whole. Instead, it should be regarded as the visible aspect of a fluid. For example, water appears to us to be a flowing liquid, but is in reality a H2O molecules. Spacetime is itself, they claim, made of more fundamental elements.

However, it’s not known what these actually are. The superfluidity model could allow an explanation of quantum effects and gravity, opening up new avenues of research, claim scientists. However, if universe is a fluid, it must have viscosity, and viscosity has been found to dissipate photons and other particles found in the universe.